Posted in News by Fibre Technologies on 1st April 2021

The Broadband Forum has published a new technical report (TR-419), which proposes a different way for “full fibre" (FTTP) builders to cut their deployment costs via a Fibre-to-the-extension-point (FTTep) approach. In short, it's another way of cutting out the need to replace the last few metres of copper with fibre.

At this point seasoned ISPreview.co.uk readers will probably be getting a slight feeling of deja vu, since we've heard of some loosely similar solutions before (e.g. Fibre-to-the-remote-node [FTTRN]). But the cost and complexity of needing to deal with lots of smaller powered distribution points (or nodes) never really caught on and, in the UK, it's probably also a bit too late to turn the clock back on the FTTP centric direction of travel.

Nevertheless, the Broadband Forum believes that FTTep might still provide an option for some operators. The main objective of FTTep, they say, is to “re-use existing copper infrastructure to extend fibre gigabit services with minimal construction work." The FTTep can be located either outside or inside the building.

Meanwhile the remaining copper lines would communicate using technologies like G.fast, G.hn Access or MoCA Access™ 2.5. As only a fairly short run of copper would be present then multi-Gigabit speeds would still be attainable due to the limited signal degradation over distance. 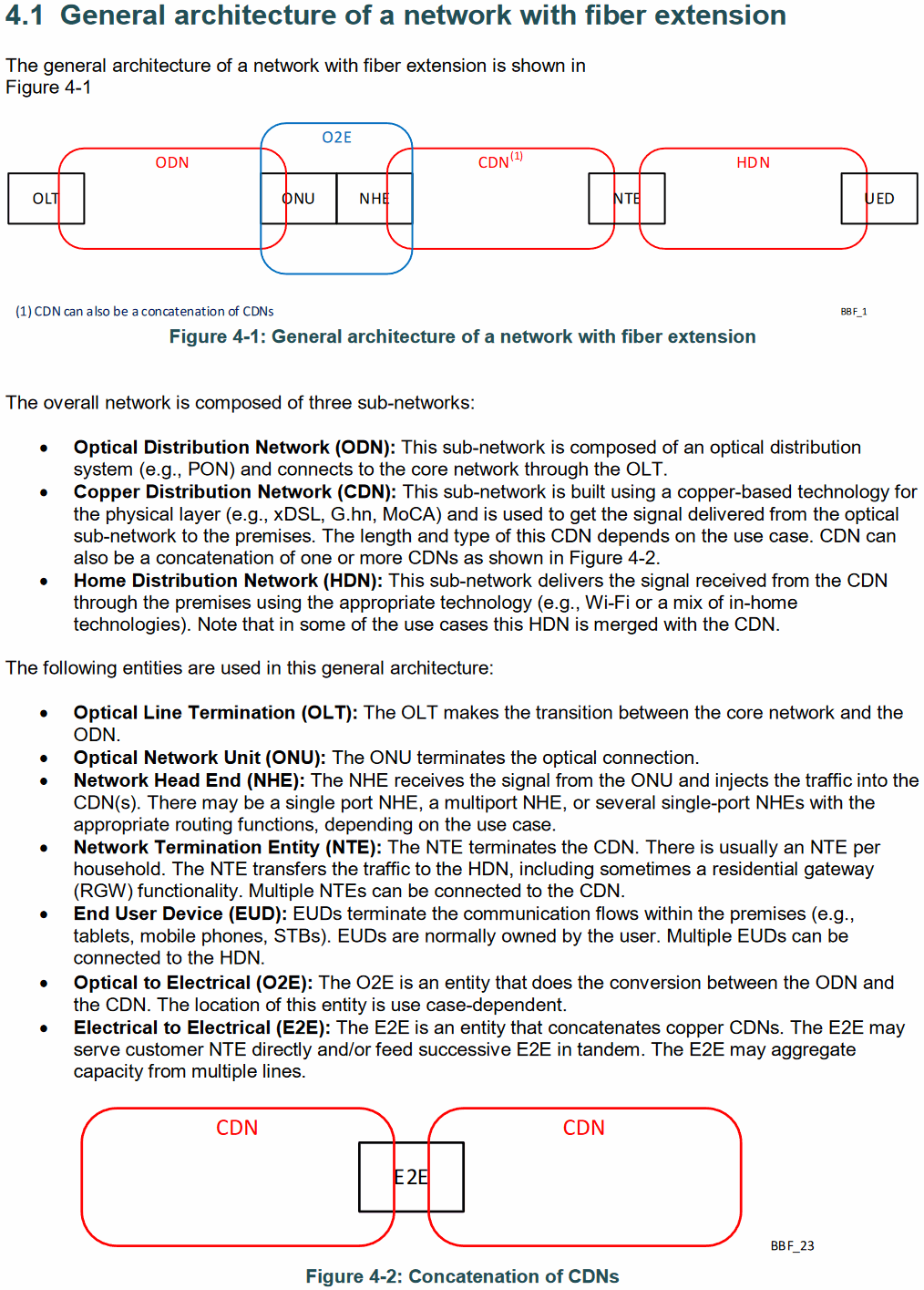 Herman Verbueken, Broadband Forum's Work Area Director (Physical Layer), said:
“Fiber network technology promises multi-gigabit broadband services, and investment is only set to grow as the industry looks to enhance businesses' and end-users' connected experience. With higher costs associated with installing fiber directly to the premises, by adopting the FTTep architecture operators and providers will be able to deliver ubiquitous connectivity to all corners of customers' homes and commercial premises."

At this point it's worth remembering that taking something like this and turning it into a solution that operators can deploy, commercially, tends to require a lot of work and trials. Put another way, if an operator in the UK were to actually pursue this (we've yet to see any signs of that) then it probably wouldn't reach the rollout stage for a couple of years and by then FTTP would be much more prevalent.

In many ways the proposed solution feels like something that would have been more relevant had it come out a few years earlier. On the other hand there may still be situations where something like this can finds its niche.

Contact Us
We’re here to help. If you have any questions or queries, please call us on 01344 752222 or use the form below
Request a Callback

Where to Find Us